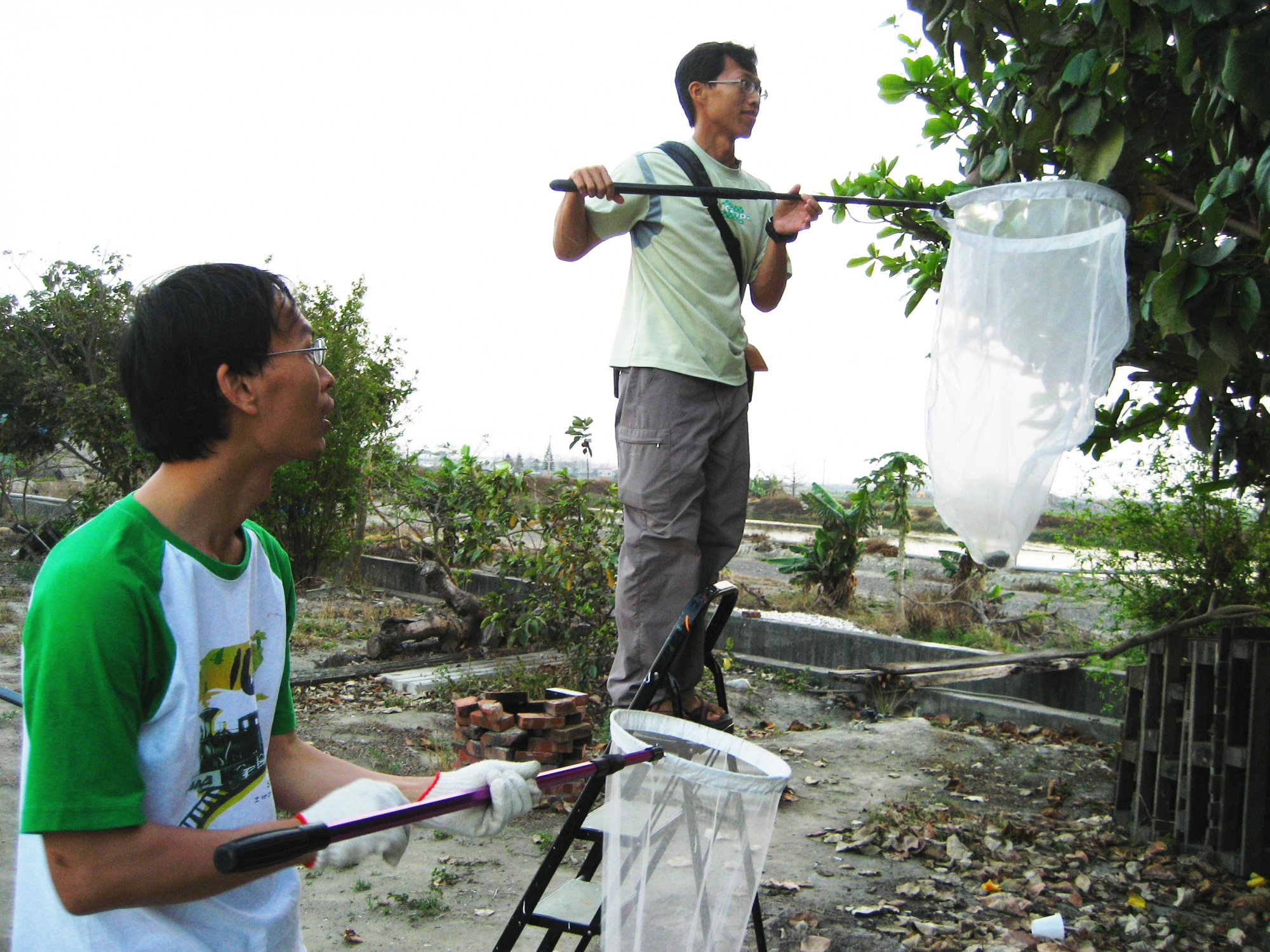 The discovery of golden bat

Robert Swinhoe, a great naturalist from England, had a relationship with thousands of creatures’ names in Taiwan. Over 150 years ago, as a coincidence he came to Kaohsiung, and he found the bats roosting in the foliage of longan trees. After that, he gave them the scientific name of Kerivola formosa, and he thought they roosted in an upside-down gesture in partly withered foliage of longan trees in order to hide from the predators. This is the first record of bats in Taiwan, and these bats were called the “Formosan golden bats” which we are familiar with now.

However, currently according to this category, it is not a member of the Kerivola, but the Myotis. Among the large-sized myotis in Taiwan, all of the bats with colorful fur were regarded as Myotis formosus species complex. After the scholar Dr. Fang compared the specimen with our neighboring country, they declared the Formosan Golden Bat as a unique subspecies in 2003.  Its scientific name was Myotis formosus flavus, meaning “Beautiful Golden Myotis.”

On July 15, 2020, IUCN accepted the advice of Dr. Joe Chun-Chia Huang, Dr. Gabor Csorba, Curator Heng-Chia Chang & Dr. Ying-Yi Ho, determined that Myotis formosus had a tendency of decline globally and classified it as "Near Threatened (NT)". However, in Taiwan, golden bat was listed as "The Red Lost of Terrestrial Mammals of Taiwan, 2017” but it is still not protected. There is still no strong legal protection to protect it from various man-made threats such as habitat destruction in Taiwan, because of its deficient information.

Assume from the tendency of the restricted distribution and decreasing mount of the species in Taiwan, the golden bats should already be distinguished as protected wildlife. Conservation is a value-oriented science. The Golden Bat's Home was established in order to tell everyone about the dilemma that the bats now confronted from the view of education and roost protection. We are expecting that the most beautiful bats in Taiwan can have a sustainable existence by everyone’s effort in the near future.

Mother-young interactions in a maternity colony of Myotis formosus

The reds and the yellows a review of Asian Chrysopteron Jentink, 1910

Distribution and population state of Myotis formosus in Taiwan. IBRC, 2019. 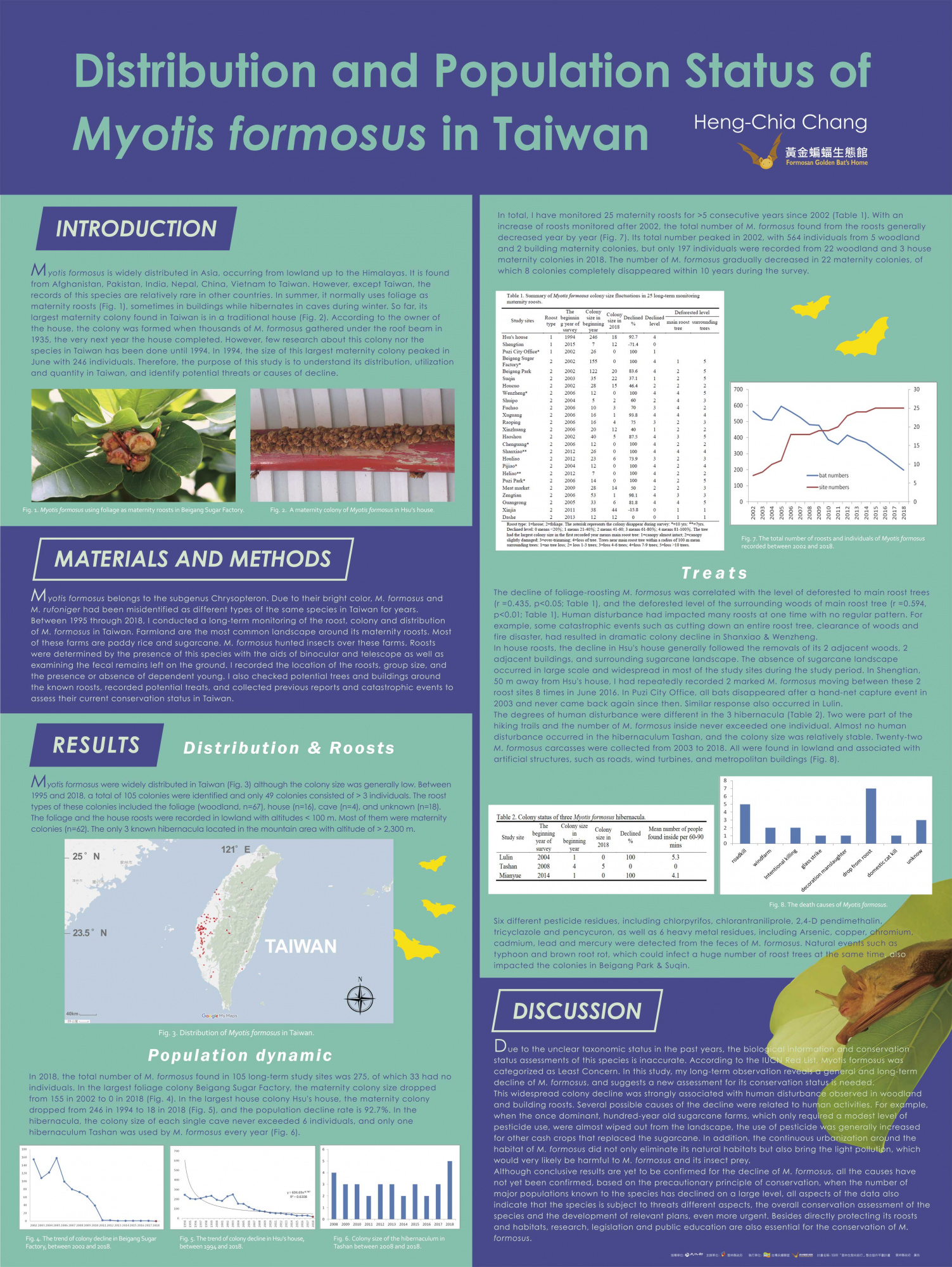