Introduction to Picture Books in Taiwan. 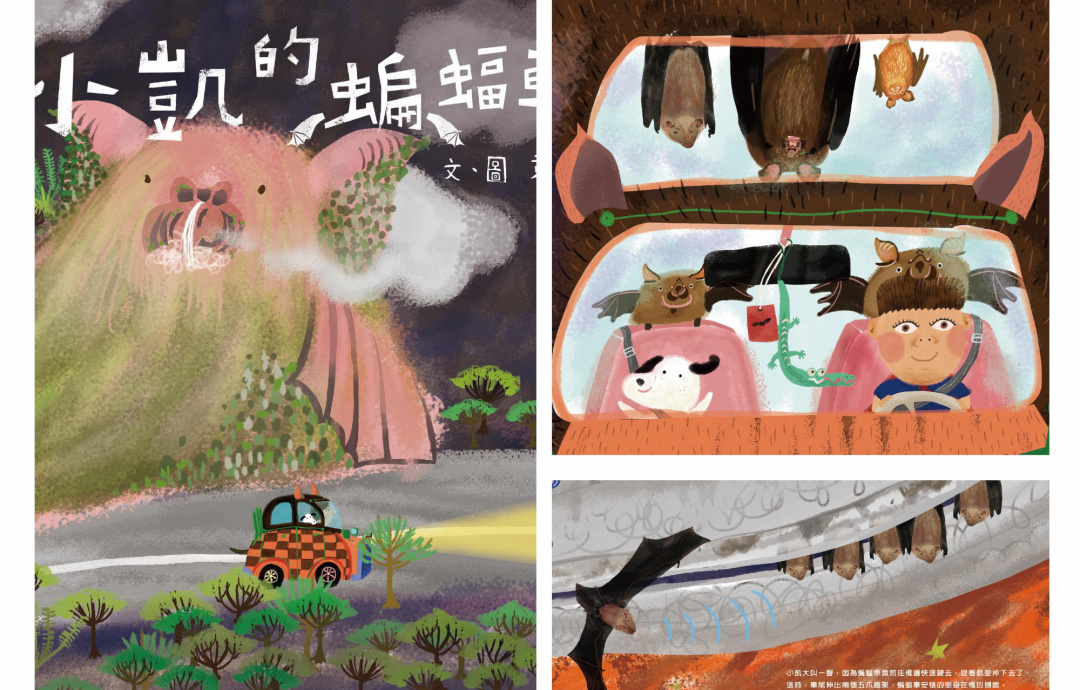 An earthquake has happened! Kai's father is doing road-related work, he has to go out even at night to check the road conditions of the highway. Kai is worried about his father and decided transform as Superman! He drove the Bat car to protect his father and met three little lost bats on the way, so the adventure begins!

This book is published by Freeway Bureau Ministry of Transportation and compiled in cooperation with bat association of Taiwan. Through this picture book, we can be told that how use a friendly way to strike a balance between the quality of construction and the reducing disturbance to bats when developing, and to carry out bat conservation! 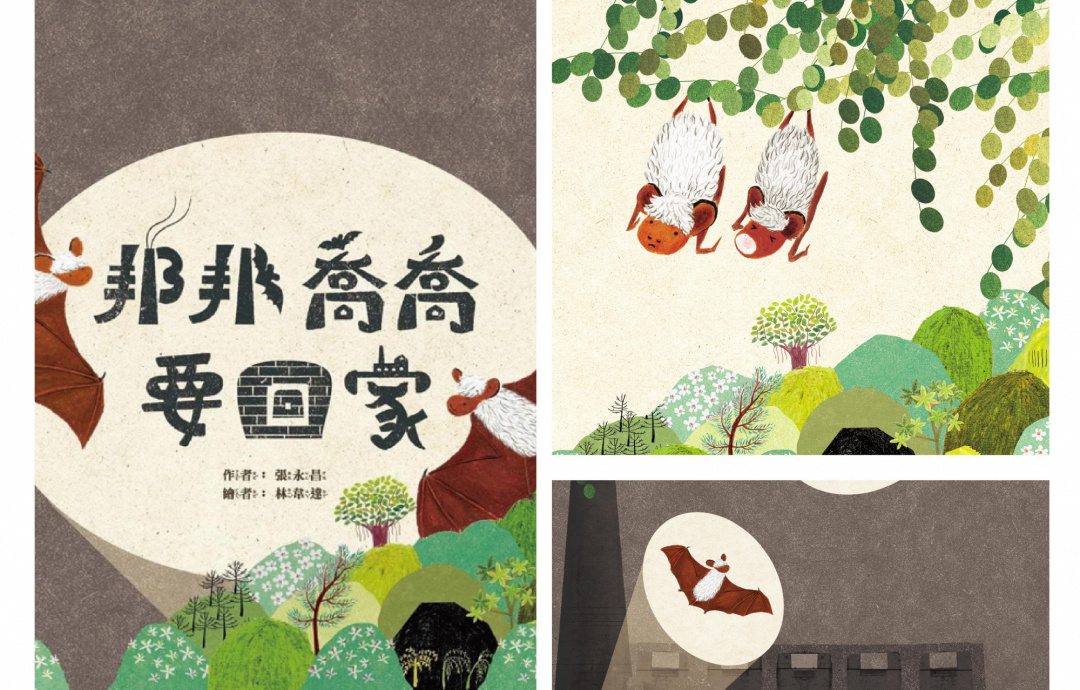 ◆Bon Bon & Jo Jo are Going Home
Who is in the story? ￭Asian Particolor Bat

The picture books are displayed in three sections by following the region where they were published: North, Medium, South and East.

The first section features three picture books are from the north of Taiwan!

The protagonists of the two picture books, "Bon Bon & Jo Jo are going home" and "Wants to Fly", are both Asian Particolor Bat! 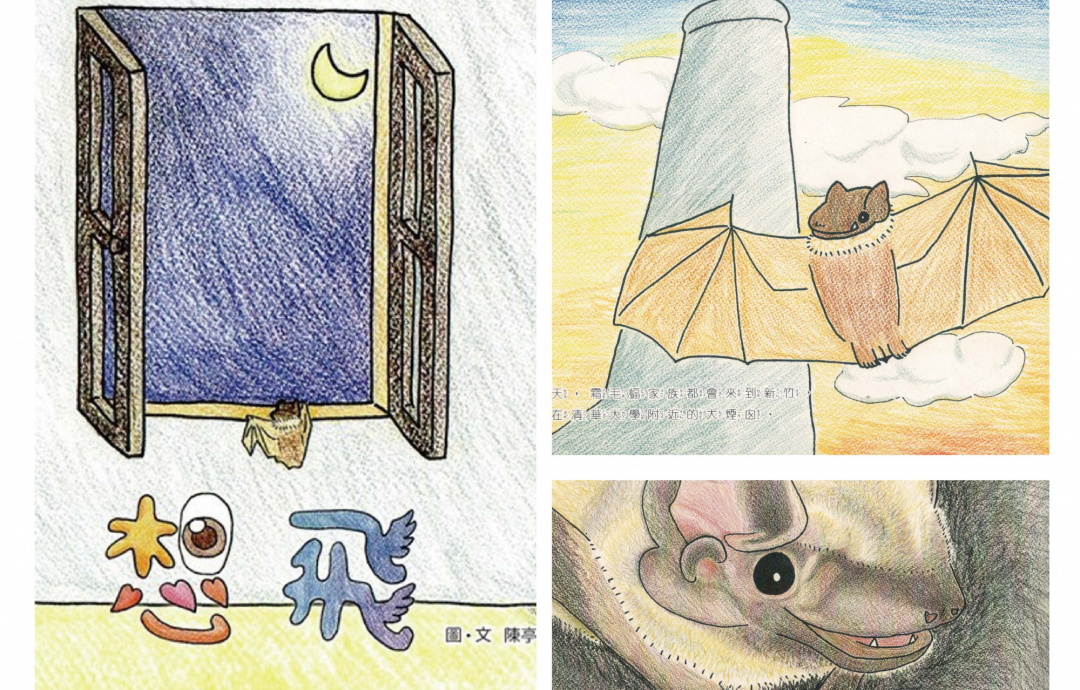 ◆Wants to Fly
Who is in the story? ￭Asian Particolor Bat
This book is basing on true story. The bat should be easily fly in the sky, but the protagonist of the story, an Asian Particolor Bat who restricted by birth defects. It unable to fly into the sky and migration with family in autumn, even need to separate with mother. Though, there has a scholar give it a shelter, still can't make up for the desire to fly. It is so longing to fly. 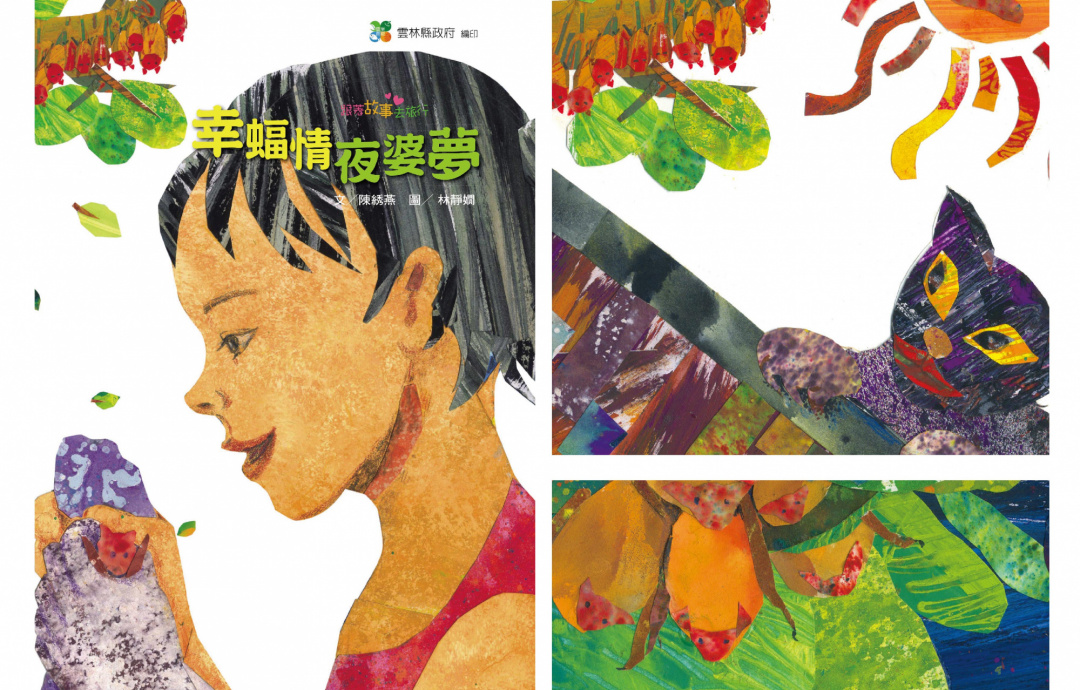 ◆A dream of happiness bat
Who is in the story? ￭Golden Bat

The book is co-authored by Taiwan Sustainable Union, Yunlin Story House and the volunteers of Formosan Golden Bat's home. It is the first bat picture book written in Minnan in Taiwan.

The Story describes a family lives in country is very cherishing bat, in one day, they found the gold bats was attacked by a black cat on the tree, for saving golden bats. What would happen on residents, dogs, cats and other animals in the story? Come read and explore this story! The book also includes golden Bat poetry in Minnan, giving a fulfilling reading experience for the readers! 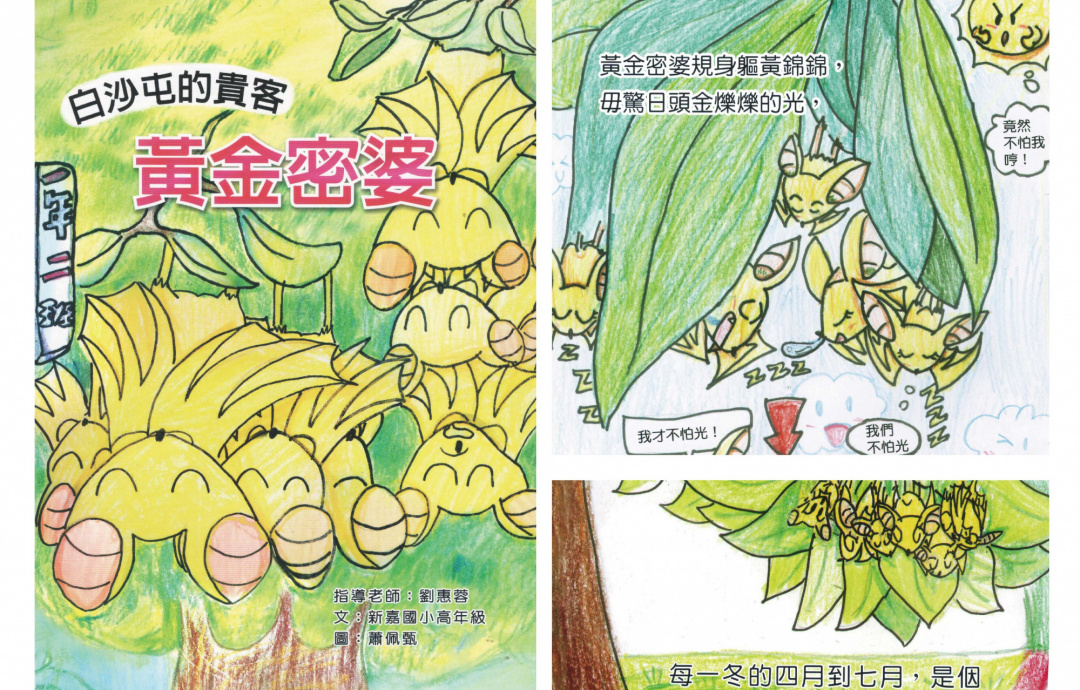 ◆An honorable guest of Baishatun-the golden bat
Who is in the story? ￭Golden Bat
Written in Minnan and co-created by the teacher and student from fifth grade of Sin Jia Elementary School. The story stands on a viewpoint of trueness from the students, who observe and record the habits of the golden bats in their hometown, make readers think about how human behavior affects the survival of bats. 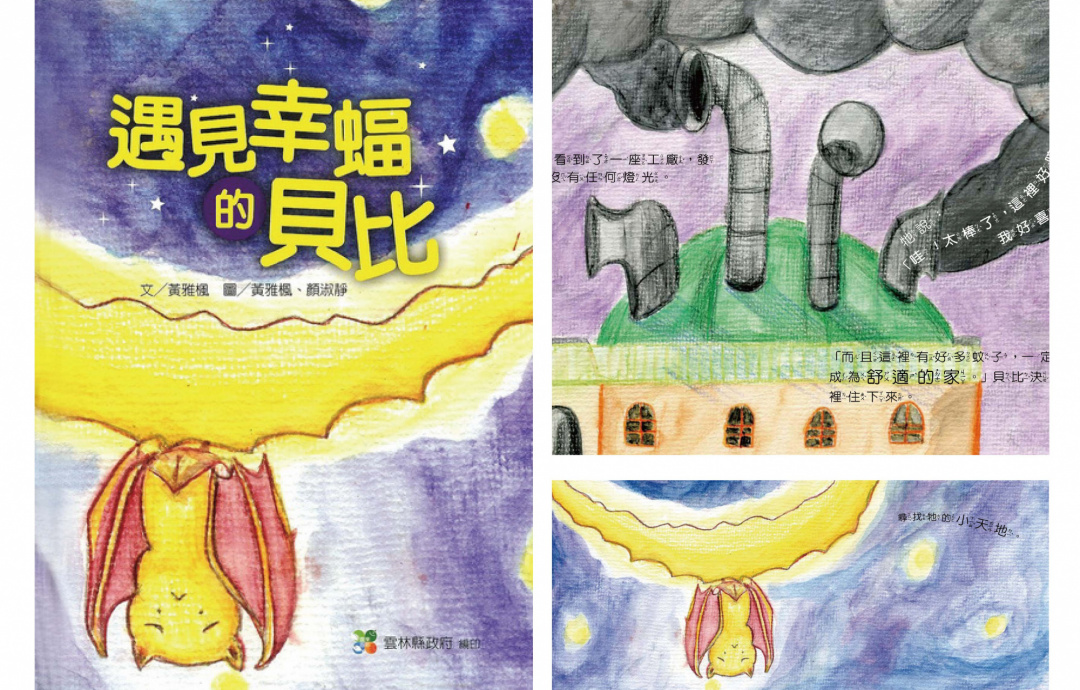 ◆ Baby meet the Happiness
Who is in the story? ￭Golden Bat    ￭Japanese Pipistrelle
The story describes a golden bat named Baby, who can no longer lives in her habitat because the habitat was struck by lightning and embarks. On a journey to build a new home, it wasn't so smooth, Baby was disturbed by lights, noise and natural enemies, it makes her need to keep moving until she finally found a suitable place to live. This 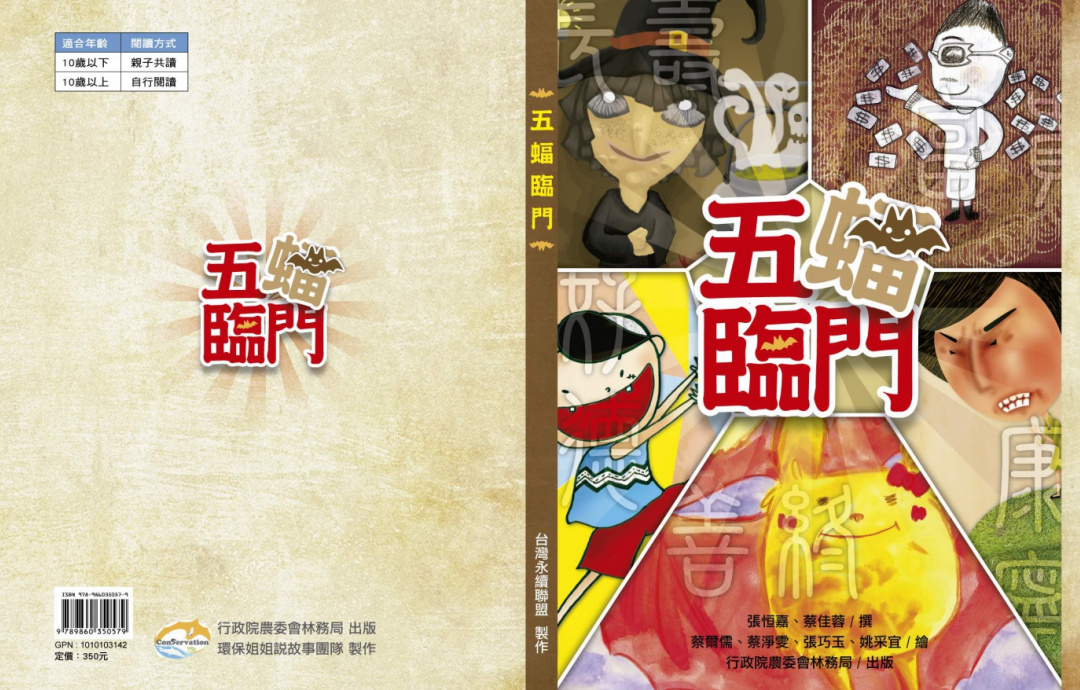 ◆Five Bats with blessing
Who is in the story? ￭Golden Bat   ￭Formosan Flying Fox

In eastern culture, the bat is a symbol of good fortune. Five bats represent five different fortunes of blessing like longevity, prosperity, health, virtue, and good death, which are people pursuing throughout their lives.

This book combines the five blessings with the golden bat to depict different stories in a lively way, it is easy to read for children and adults, the arrangement of the story makes them think about what value can brought if we treat land in a friendly way. 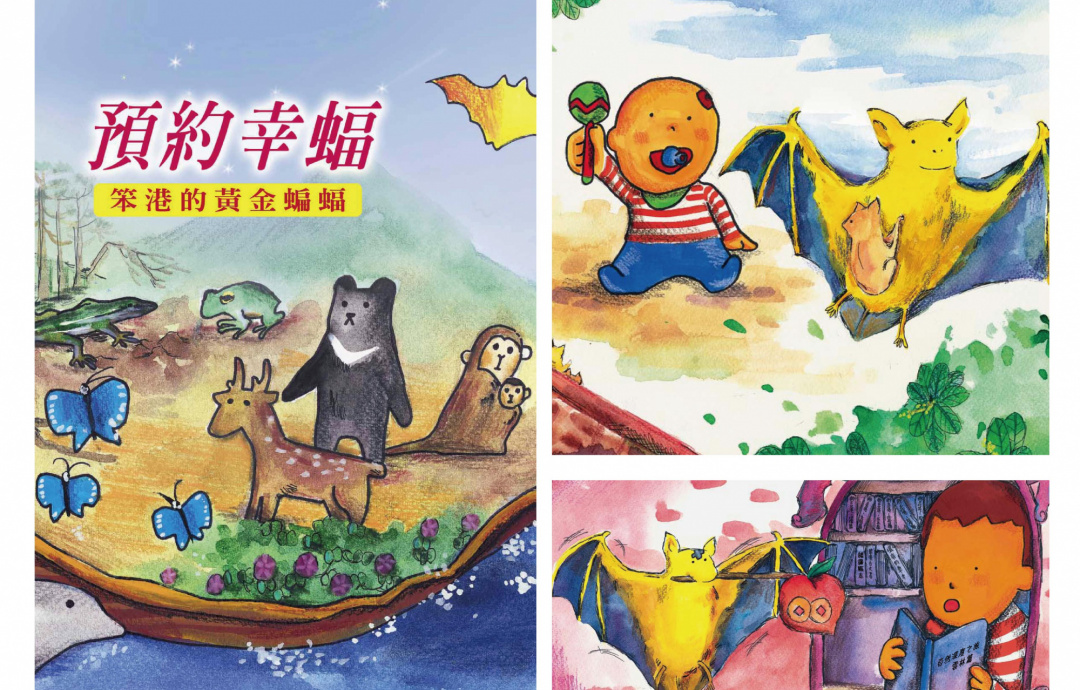 ◆An appointment with happiness-The golden bat in Ben Gang
Who is in the story? ￭Golden Bat

The first picture book published by Formosan Golden Bat's home, created by our curator, Heng-Ching Chang (Thrash) and volunteers, is taking golden bat as the main Character. The story stars from a boy name Ah Fu, who accidentally found an injured golden bat when he was a child. Ah Fu took care carefully of this little creature and helped it return to its home in the nature.

After many years, Ah fu returns to his hometown, he finds that the habitat of the golden bats has been seriously damaged by improper development, all the bats have disappeared. In order to see the golden bats again, Ah Fu has started a series of conservation actions. Did Ah Fu succeed in bringing nature back to life and allowing the golden bat to return to its home at the end? Welcome to enjoy the story and find out the answer. 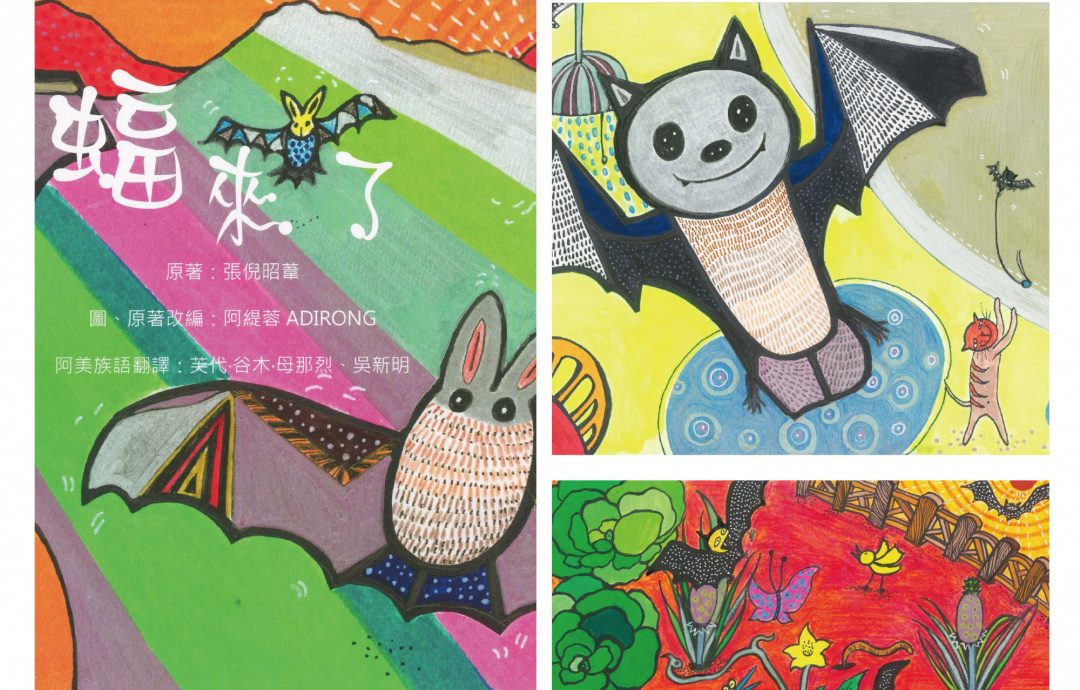 ◆Here Comes the Bat
Who is in the story?   ￭Japanese Pipistrelle

This is a bilingual picture book born from the tribe, co-production by Si Fu Elementary School and Rural Development Association. Written in Mandarin and Amis, in the hope that readers can gradually get to know the tribe culture and the natural ecology while reading.

The character set of the protagonist and his grandma is a microcosm of grandparenting, which the boy indulges in playing when grandma got sick and has less company.

However, the bat conservation course at school is very attractive to this boy. After getting to know more about bats, he put his interest into practice on bat conservation, people around him are also gradually influenced by him, start to build up a bat-friendly environment. Through the effort of people, Mafo tribe has hope that can become a toxic-free hometown for both bats and the residents. 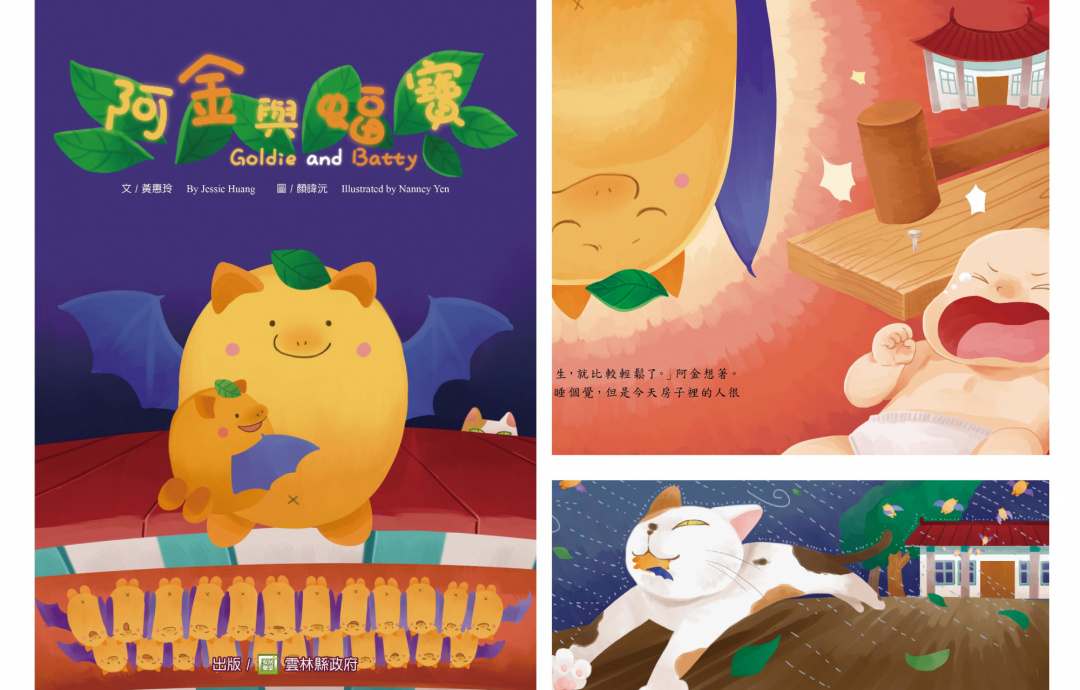 ◆Goldie and Batty
Who is in the story? ￭Golden Bat

This book is co-created by Formosan bat's home and the Yunlin University, the story describes the challenges that the mother golden bat, Goldie, and her young bat, Batty, that encounter at each stage of their lives.

Through the story, readers can easily and interestingly learn about the habitat, food, natural enemies and many ecological habits of golden bats.

The book is illustrated in English, and the story is also produced as the first bilingual bat animation on the theme of parent-child in Asia.