What we do for conservation

“Reserving Happiness of Bats” is an activity that is conducted in 2007 by Teacher Chang, the ex-Secretary Director of Taiwan Sustainable Union. Its goal is to protect Formosan golden bats, Myotis formosus flavus. From 2008, he started to cooperate with the local communities, schools, township offices, and county governments. He hope to protect the Formosan golden bats by ducation, research, legislation and habitat protection. 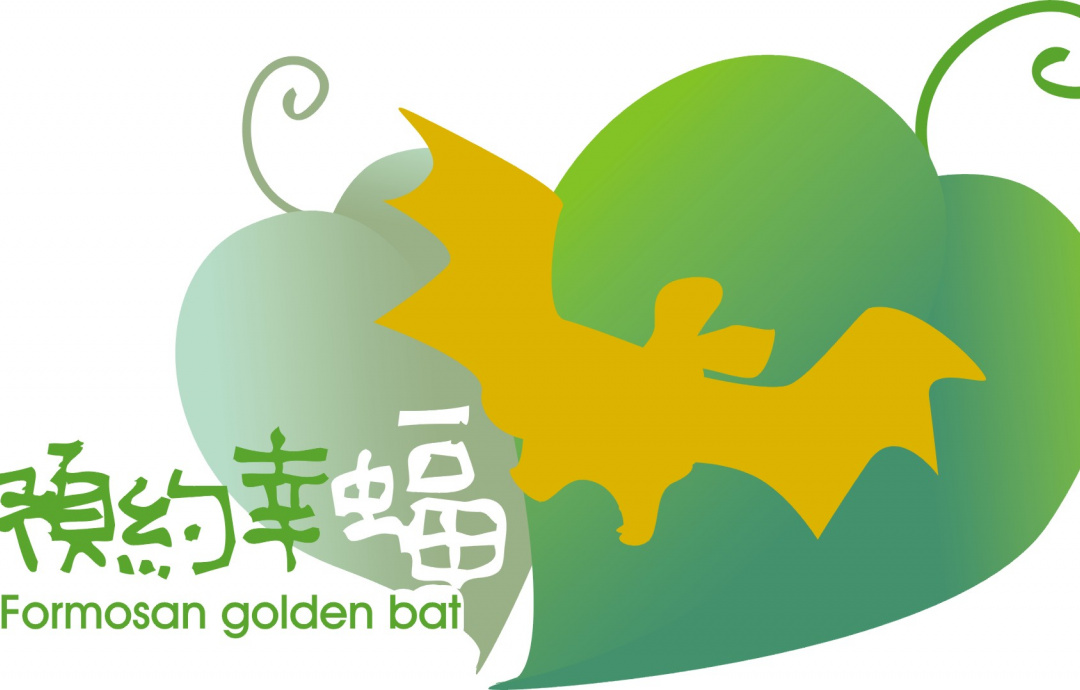 There are two ways we use on the development of education about the bats' environment. For our stuffs, there are one or two times class to train our staff and the volunteers. In class, they can learn about ecological conservation, the knowledge about bats, and skills, and make teaching materials about bats. For visitors, we set a limit of visitors. On one hand, we have bats' environmental introducing classes for visitors who reserve in groups in advance. In the class, they can visit and learn about the bats' environment. On the other hand, we also have some ecology camps, workshops, the bat stories speeches, promotion of bats’ house and playing some cartoons. We hope the public are taught that the bats are benefit for our environment by these activities and protect them with us. 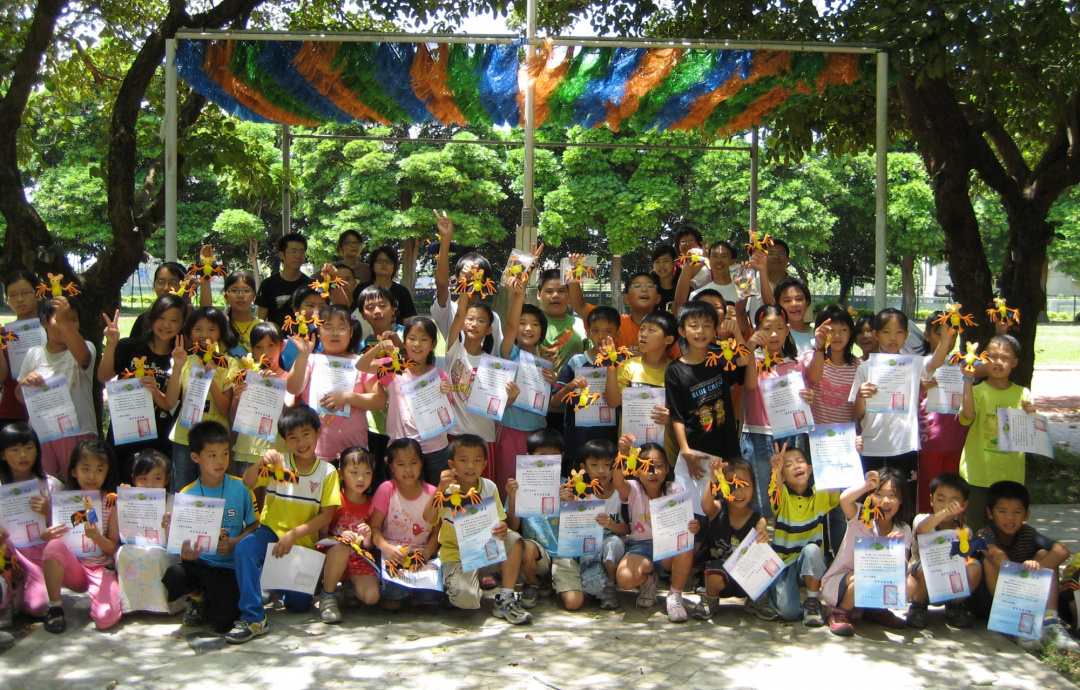 The educational promotion activities from top to bottom is the most effective and cheapest way for conservation. 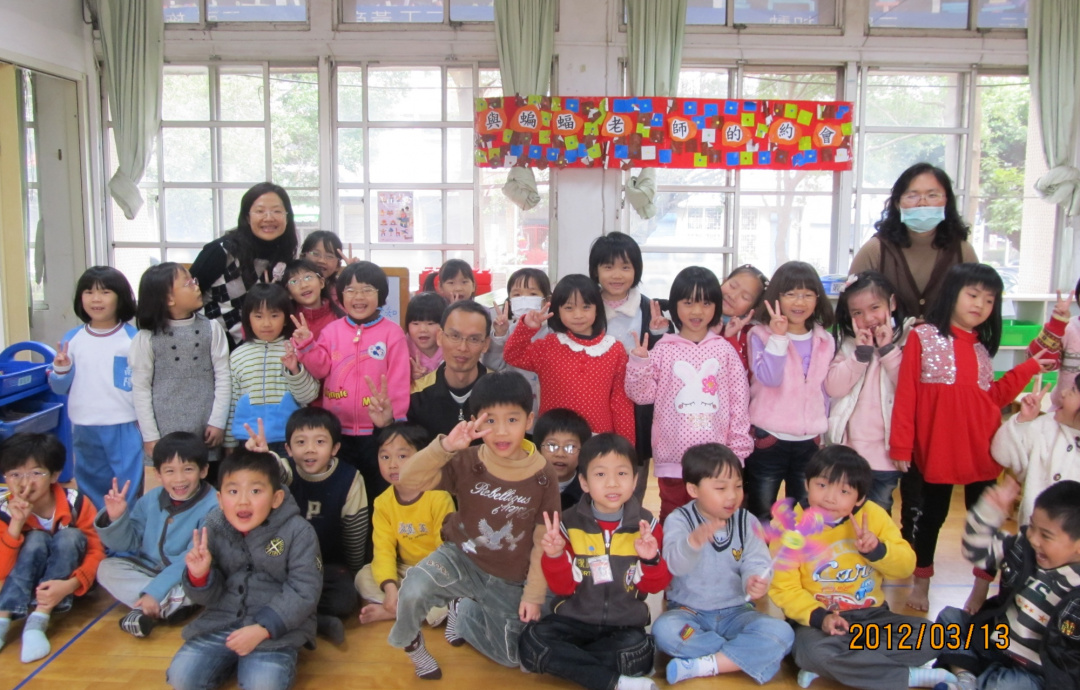 We cooperate with many schools form kinder gardens to universities to develop bats' conservation. 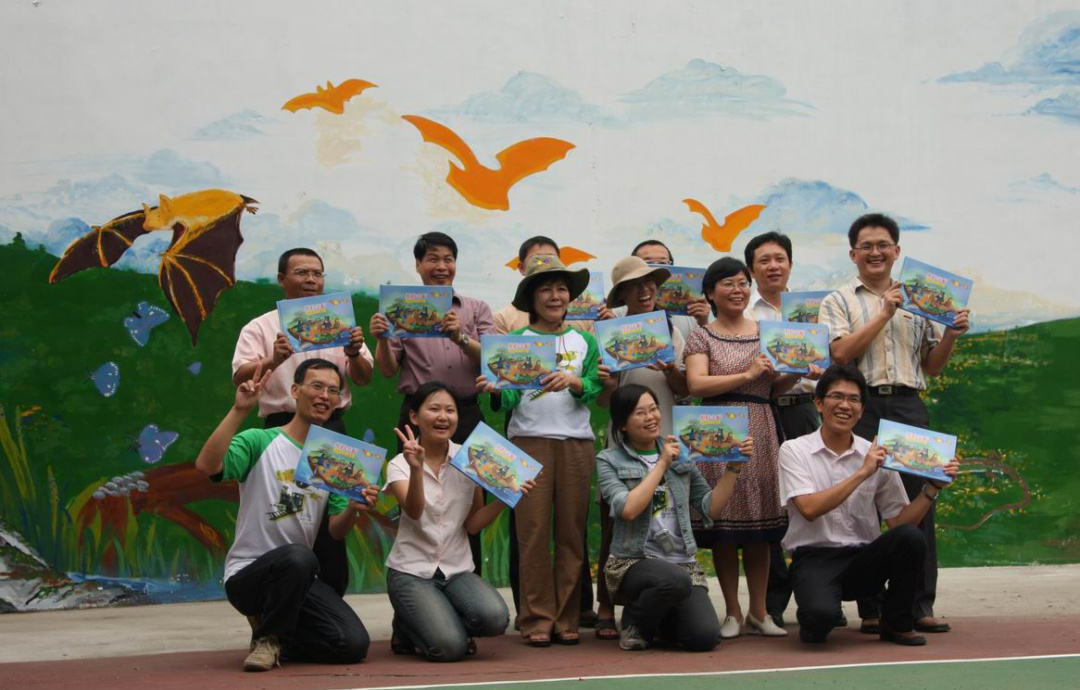 The ceremony of the dedicated book of the golden bats 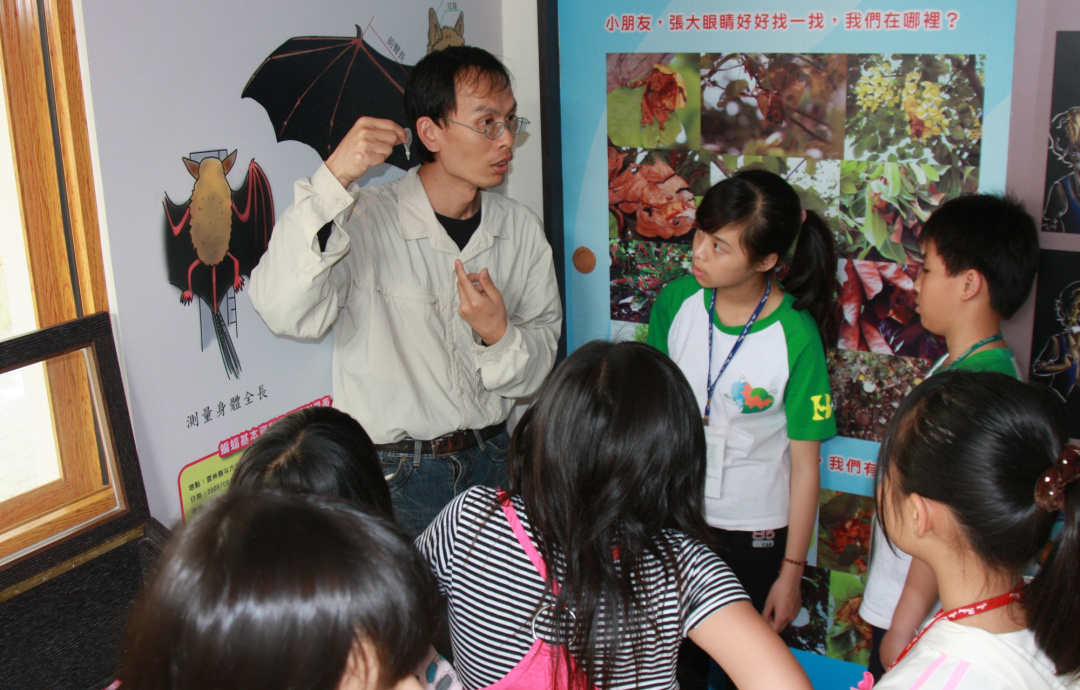 Monthly training our staff and volunteers 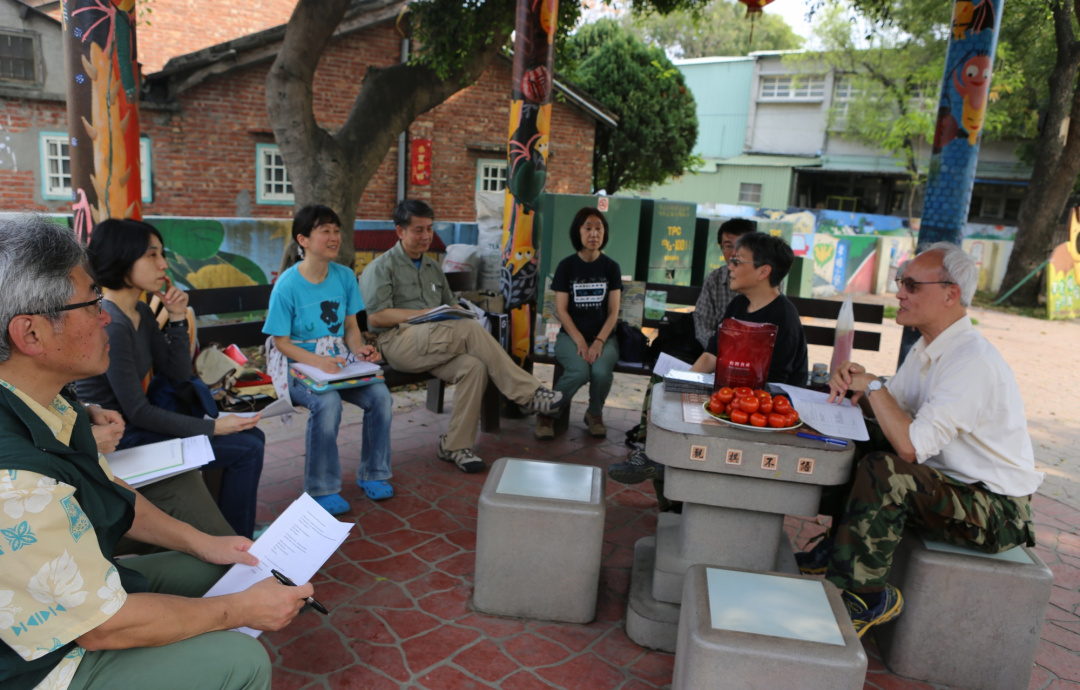 The conference with Japanese bats groups which cooperate with NPO. 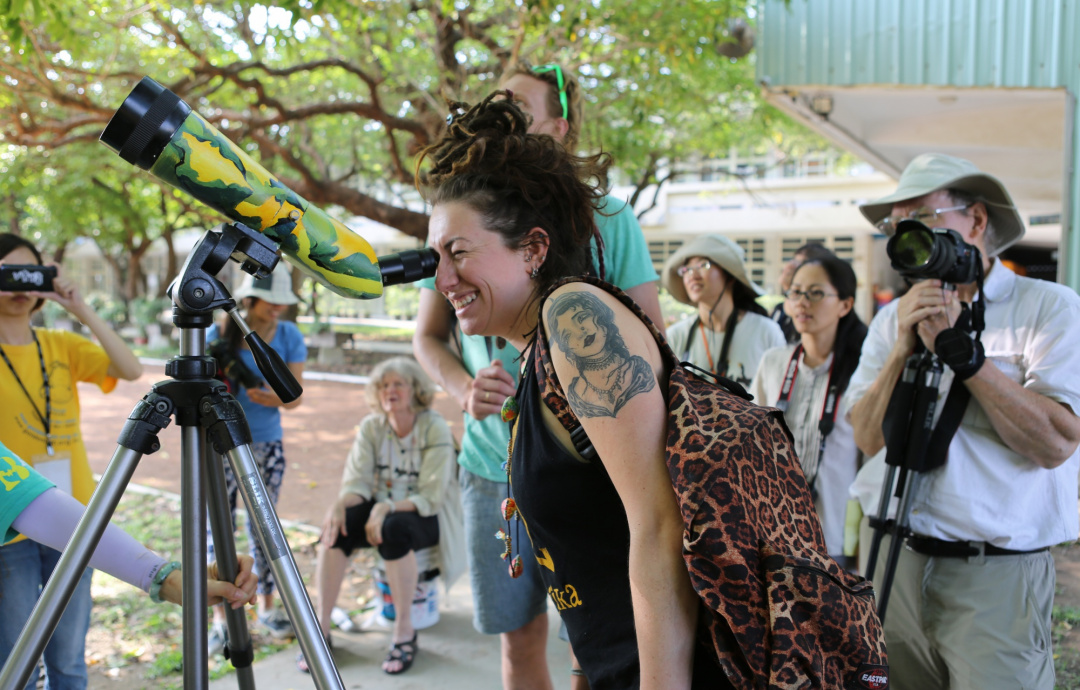 The watching bats activity which has limited people can reduce the interference for bats.

Education, research, egislation, and protecting the habitats are bound up with each other. Although it costs a lot to conduct a research, it would help a lot to have a useful result. This result can be used in environmental education, the teaching materials of popular science, and habitat construction. Moreover, it is benefited to make or revise the laws to let the laws be more suitable for the situation, or plan a perfect and feasible system to make ecological conservation more convenient to work. 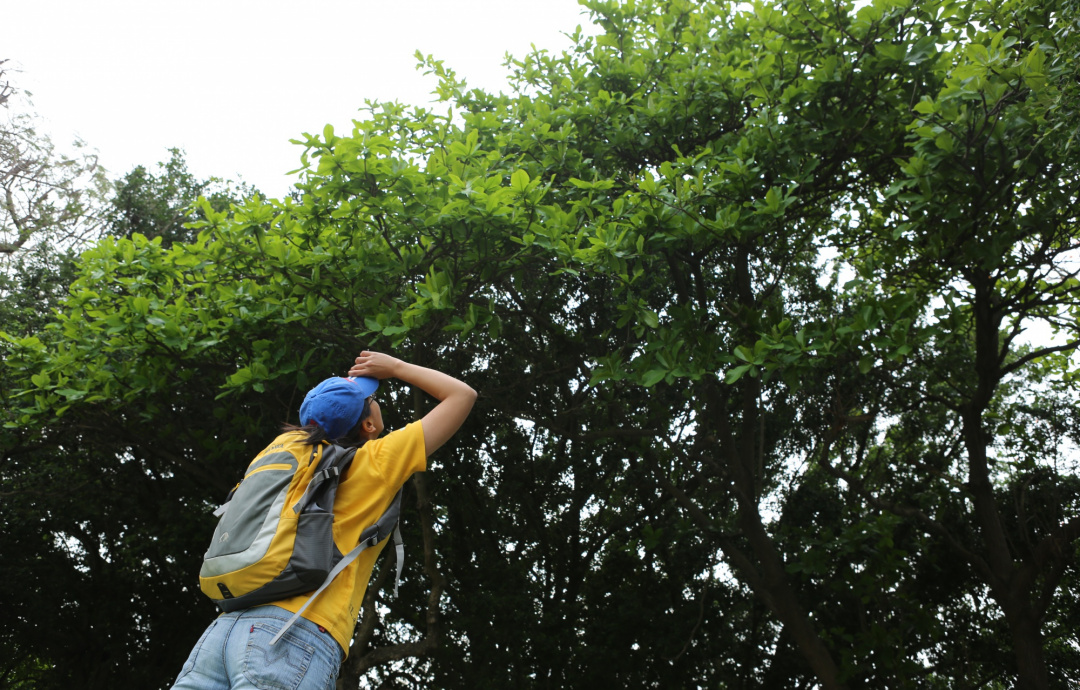 The continuously wild tracing needs a lot of people's efforts. 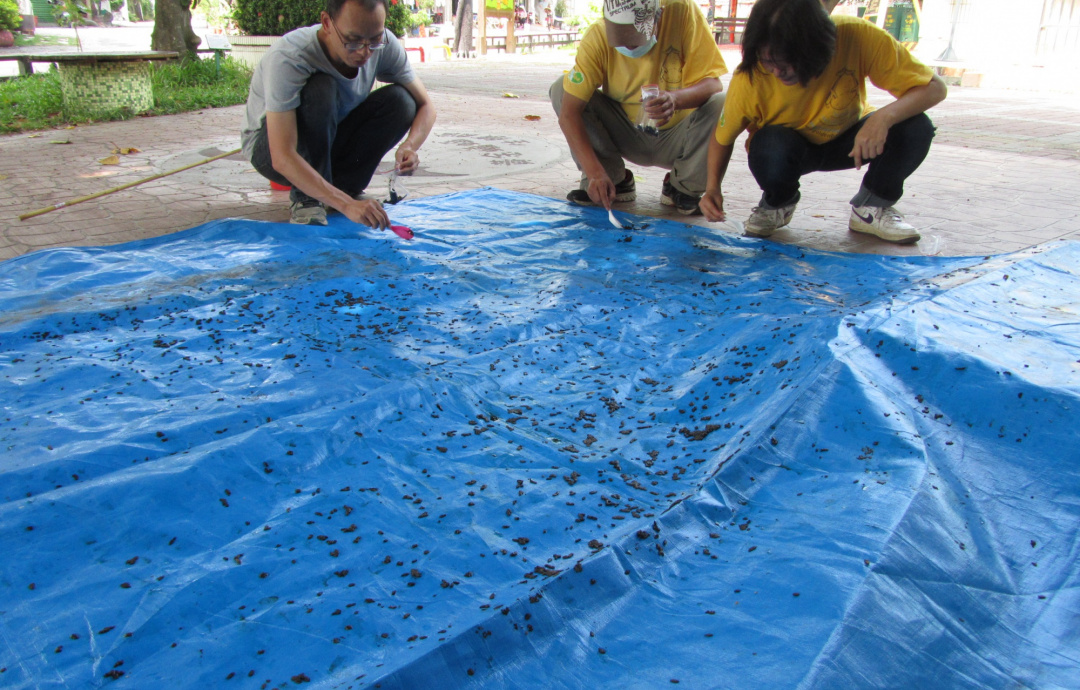 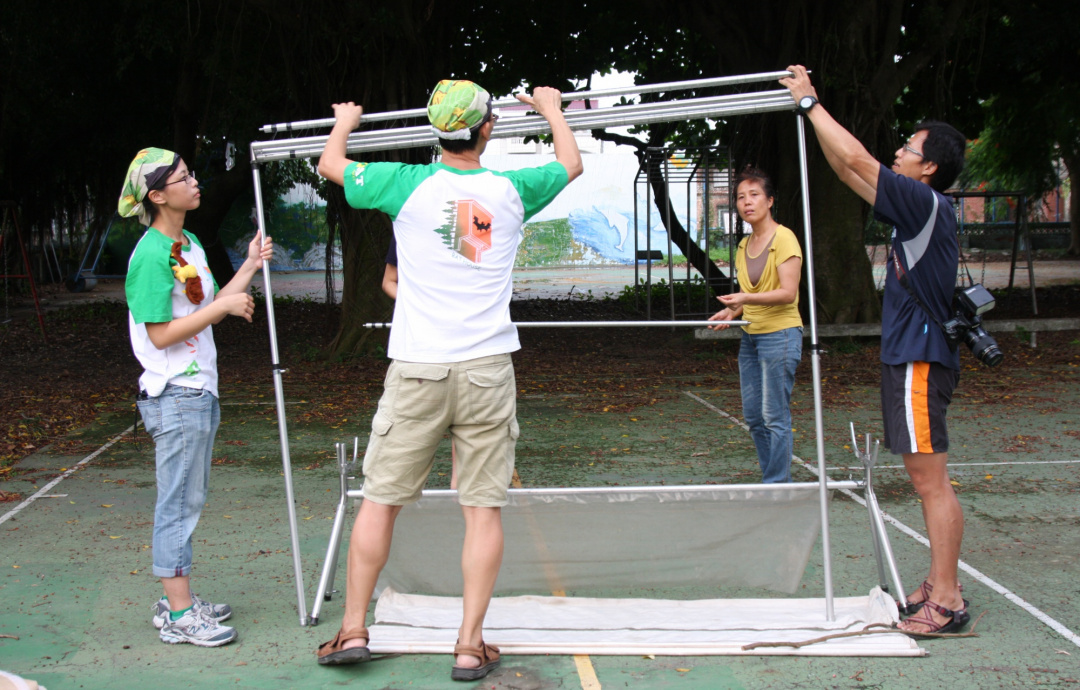 Setting up net to catch the golden bats. 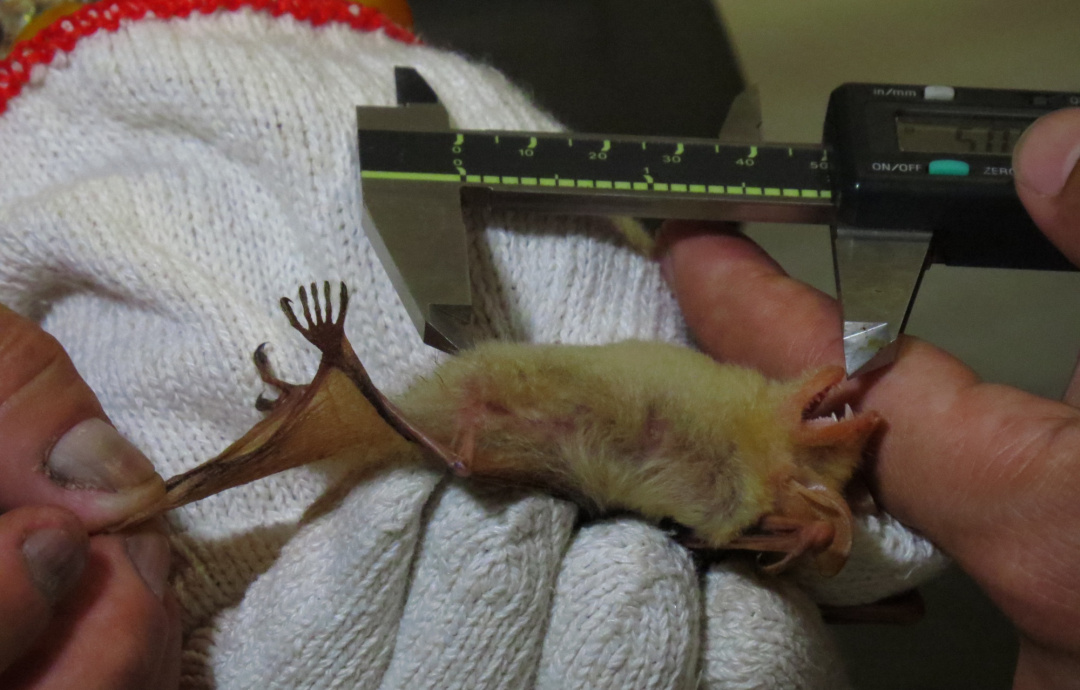 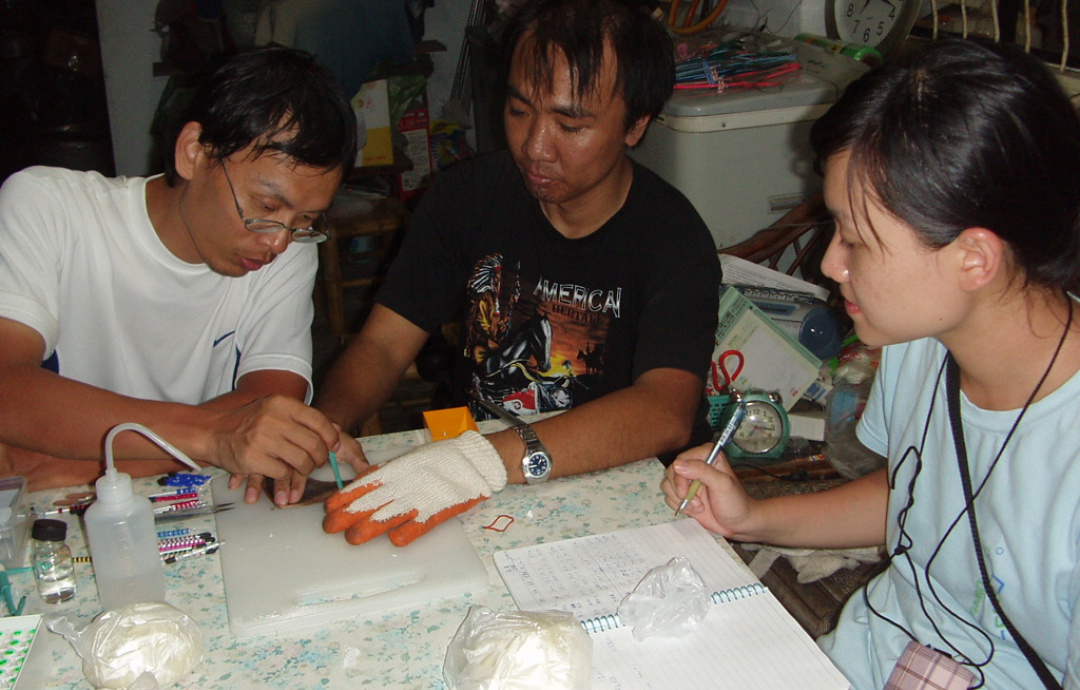 Sampling before the identification of kinship 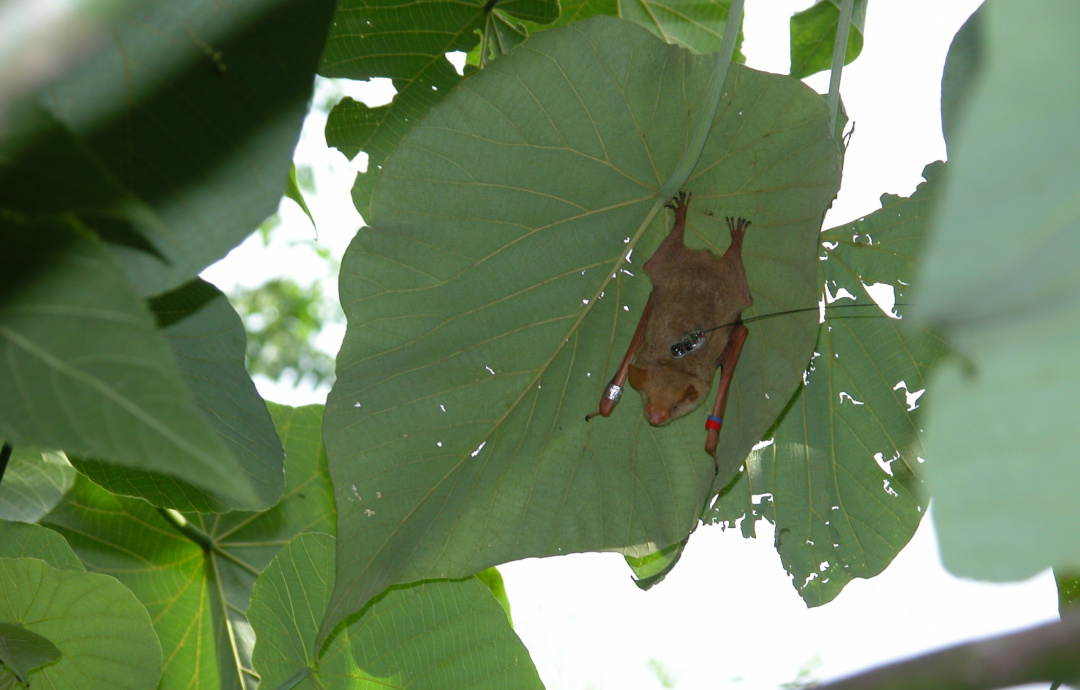 We can know where it go to hunting at night by radio and making marks on it. 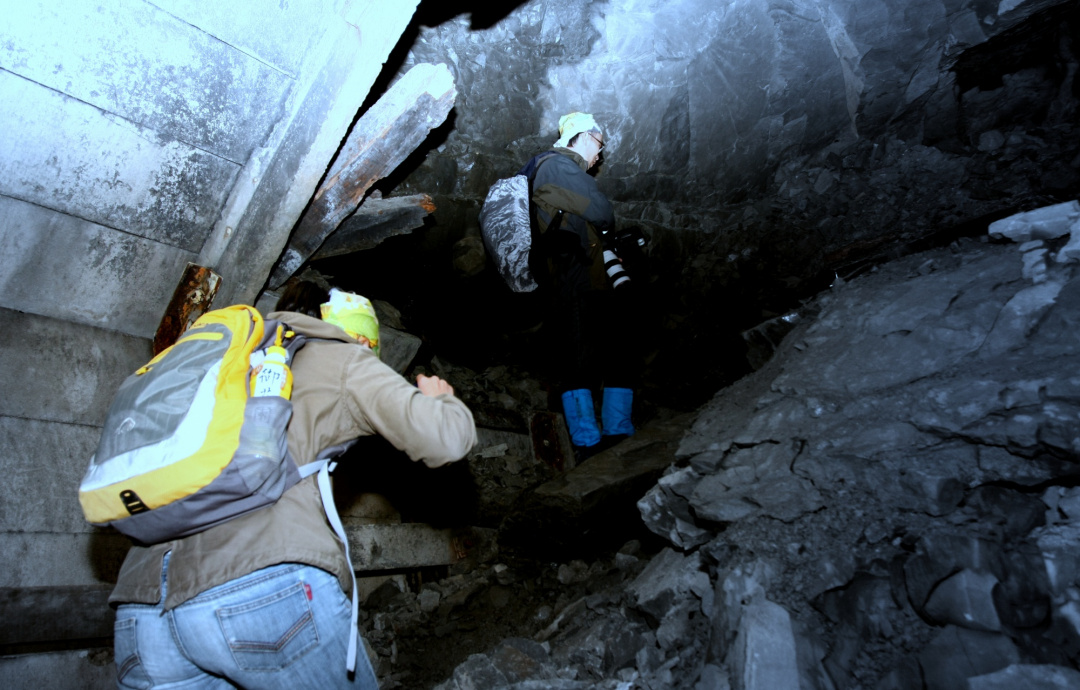 The caves the golden bats hibernate would collapse. It is hard to investigate. 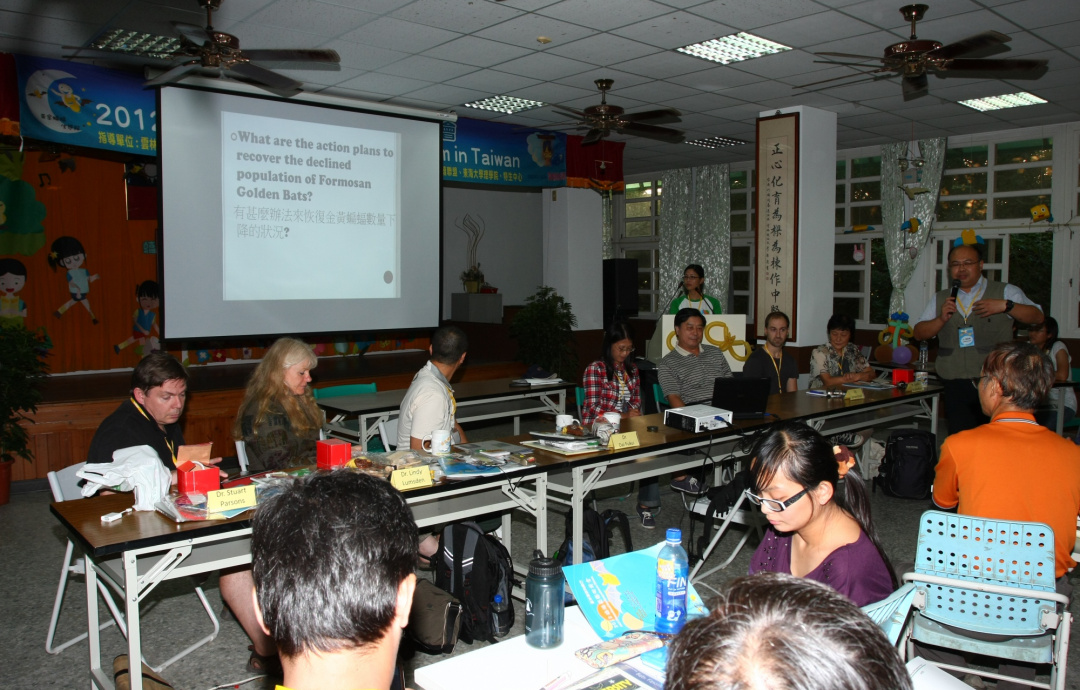 Talking about the conservation of the golden bats by the bats international conference.

In past few years, we make a lot of effort on the universality and promotion of environmental education. Formosan Golden Bat's Home is the 17th place in Taiwan and the 1st place in Yunlin which has the certification of environmentally educational places. When it comes to the protection on the habitats, we are trying hard to plant more trees, sell Non-Toxic agricultural products and teach about food and agriculture. On the research aspect, we cooperate with other groups to figure out the dilemma on the golden bat's conservation. On law aspect, we focus on reorganizing our system and changing our style to promote education smoothly and combine with the research data about bat's distribution and decreasing number of bats. By doing so, we are on our way to reconfirm the status of Formosan Golden Bats on law.

On reorganizing our system and changing our style, we have to improve on cooperating with government and making stable system. From 2013, we had no longer been a place belongs to the elementary school, but governed by the Yunlin County Government. What's more, Yunlin County Government are in contract with Taiwan Sustainable Union. It would make ore organize more stable and better, in time, ore effective on the golden bat's conservation. We have also been the only local culture museum about ecology. Apart from Wildlife Conservation Act which protect the golden bats, we try to make them conservation class and combine with the protection of cultural heritages and the Environmental Education Act. We want to set more restricts base on laws and use statutory fund to protect the golden bats. 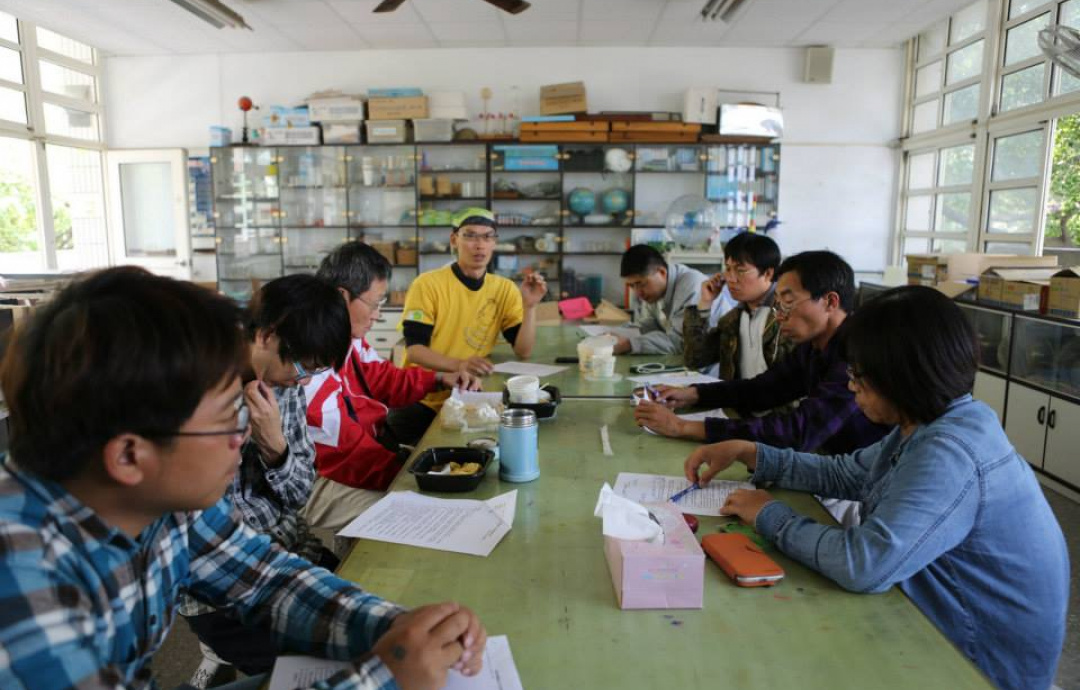 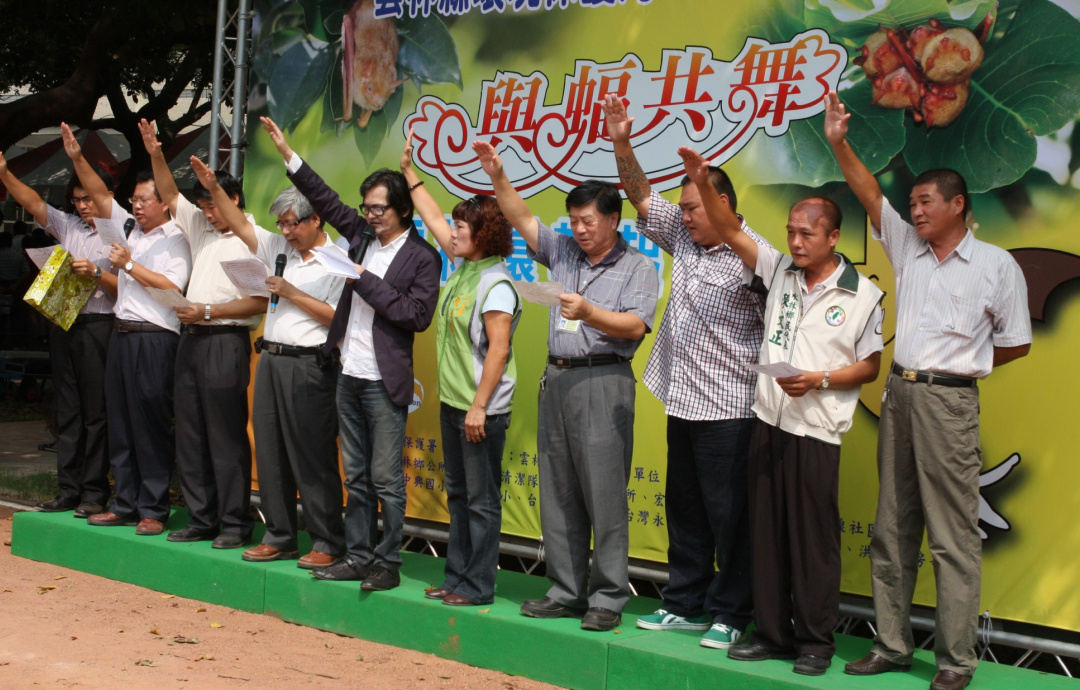 Getting political promise by public activities is an important thing.

There are two ways we use to protect the golden bats' habitats, create habitats and slow down the speed of pollution and development on their habitats. We used to cooperate with Yunlin County Government and Shuilin township office to hold some activities to plant more trees. So far, we are used to planting trees near our place and neighborhood. In order to reduce the chance that the habitats are developed, we also patrol around to protect the trees which the golden bats had lived in from being cutting. Moreover, the breeding area near Formosan Golden Bats Home and Hsu's House in Shuilin are not open for groups or individual to reserve to watch bats. The habitats where more than 50 golden bats live and the place they hibernates are not known in public to reduce the interference from human.

We have found six kinds of pesticide and many kinds of heavy materials in the golden bats' bodies. Therefore, we consider pesticide and heavy materials are the possible reasons why the golden bats disappear. As a result, by cooperate with eco-friendly peasants and manufacturers, we encourage the peasants in the golden bats' habitats use Natural Farming and promote the certification of Green Conservation and Eco-Friendly to reduce the pollution of pesticide and heavy materials to water and insects which would be drunk and eaten by the golden bats. We also encourage peasants to keep growing the crops without poisons and pollutions to make people, place and bats health by the eco-friendly promotion held by manufacturers and non-profit organizations, building the bats' house, habitats investigation, and purchasing by guaranteed prices. 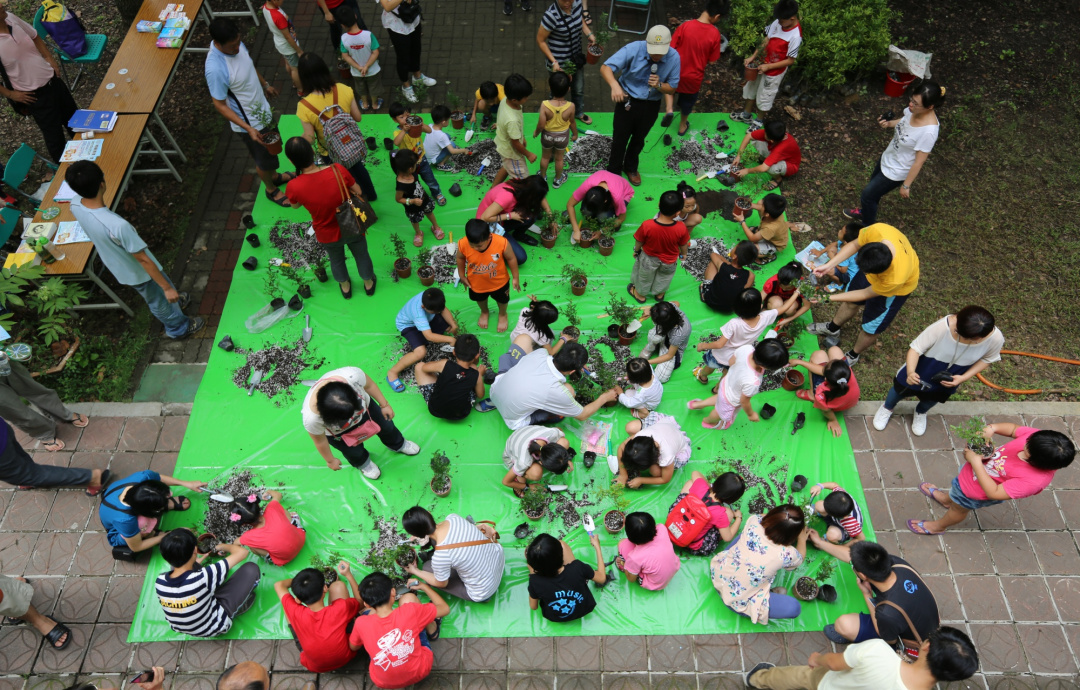 The planting activity we hold to grow trees for the golden bats. 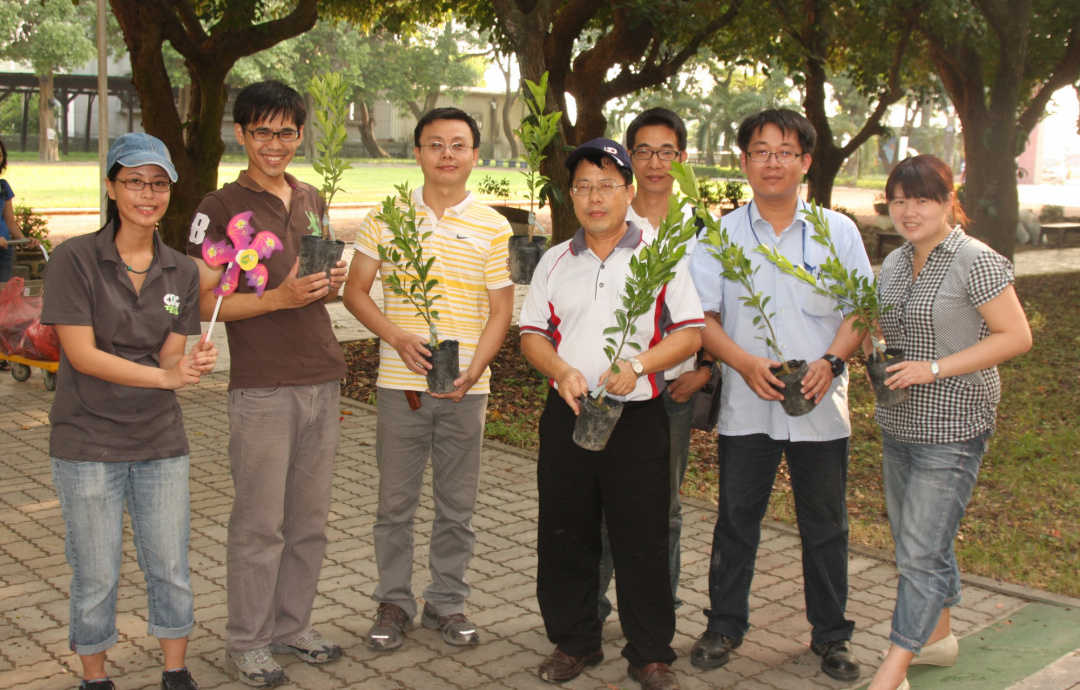 Shuilin township office used to cooperate with us to encourage peasants to grow the trees that the golden bats live in. 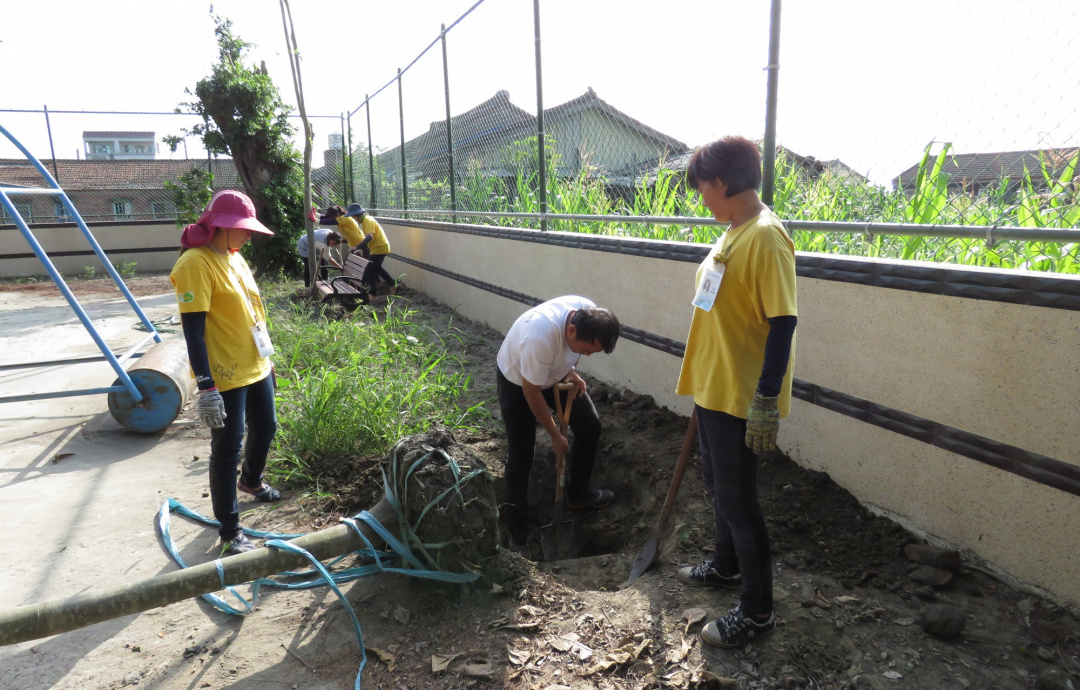 Our staff and the volunteers in school are planting the tree that the golden bats live in. 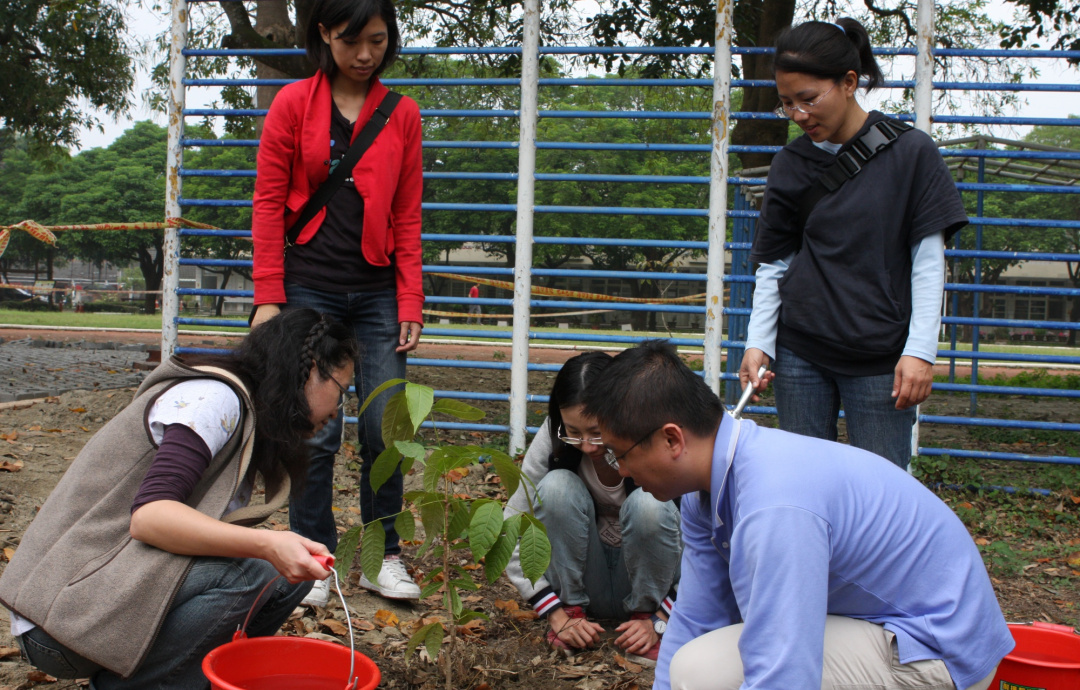 We plant a tree that the golden bats live in in our place. 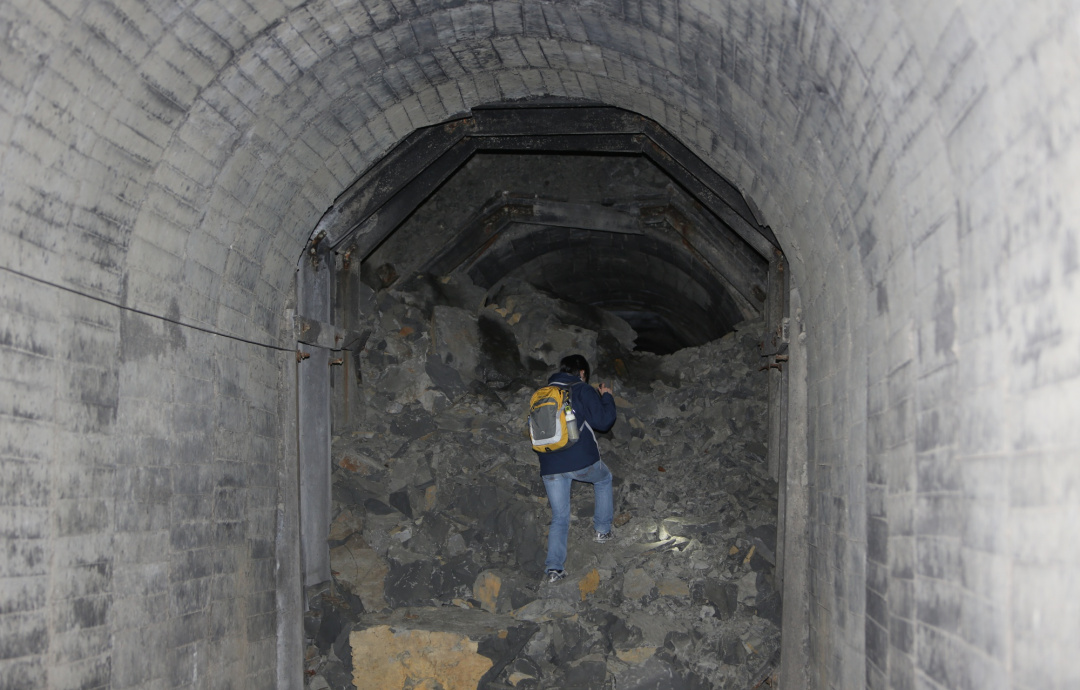 The collapsed cave can't be the place that the golden bats hibernate and is hard to maintain. 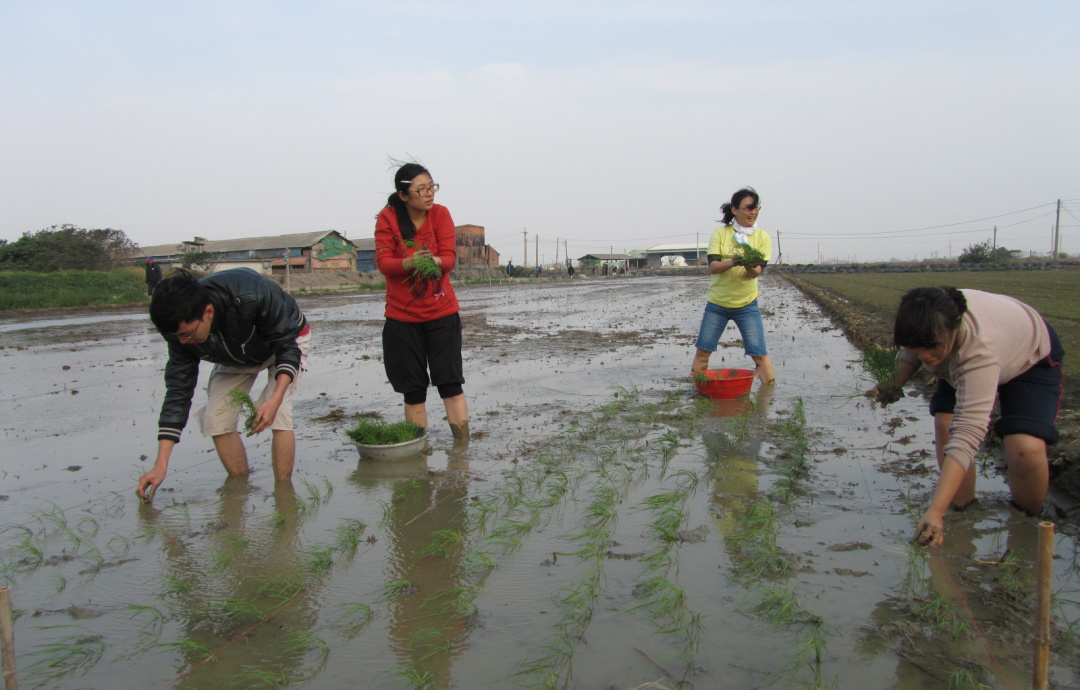 The peasant who cooperate with us don't use pesticide in his fields. 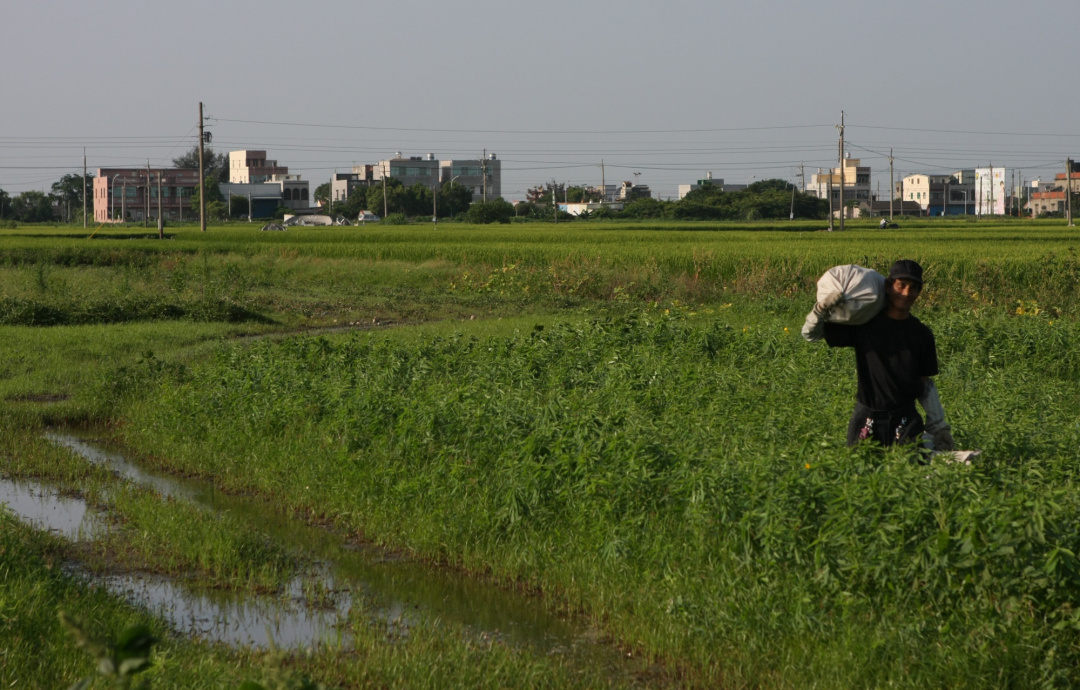 The farm which the golden bats would visit cooperate with us and don't use pesticide. 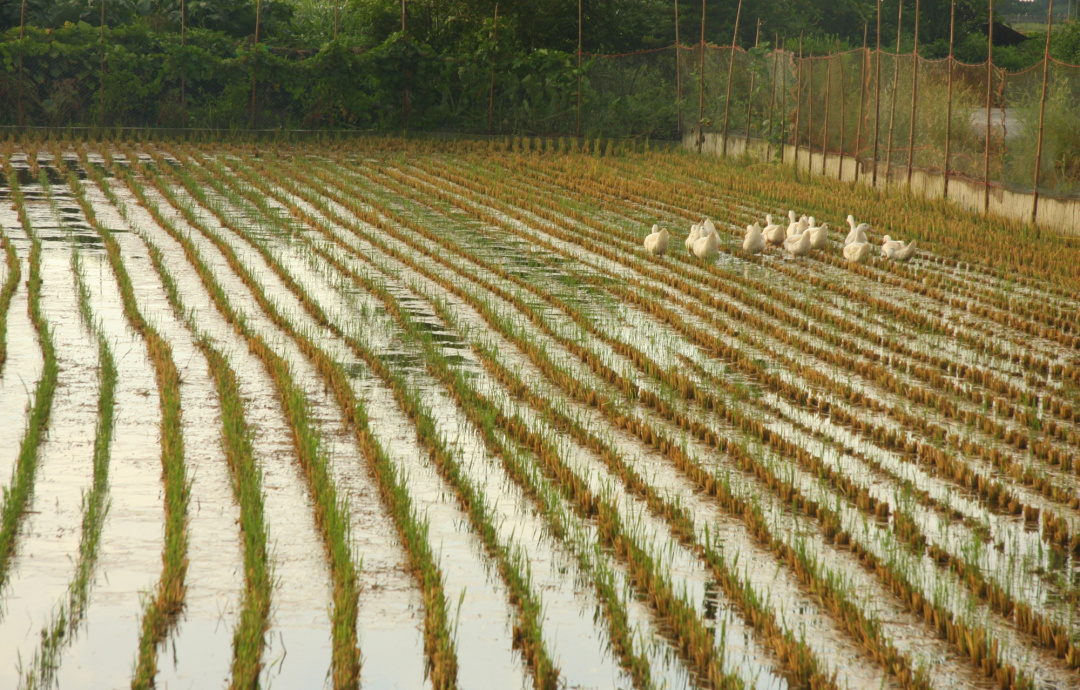 The fields which produce bat rice in Beigang don't use pesticide.